Since it’s open enrollment time for many of my clients, I’ve recently been reviewing quite a few different health plan options for the coming year.

Given that health insurance costs keep climbing for employers and employees alike, it’s critical to understand your options and make the right choice.

Thus, I thought it would be helpful to share an example of how to compare two of the more common health insurance options offered through a major employer: A high-deductible health plan (HDHP) with an HSA vs a preferred provider organization (PPO) plan.

When it Comes to Health Plans, It’s Always Facts and Circumstances

As fair warning, none of what you read here should be considered a rule of thumb or as a recommendation of one type of plan over another.

When it comes to health plans, you always need to look at the facts of your specific plan. The premiums, deductibles, out-pocket-maximums, and your employer’s HSA contribution can totally change the decision from one plan to the next.

Finally, keep in mind that how you use the healthcare you have access to can greatly impact which plan is right for you.

If you visit the doctor frequently, are taking a lot of prescription medications, or expect that you may have a significant medical event on the horizon (e.g. a pregnancy or surgery), you need to carefully consider your options before making a decision.

Overview of Sample HDHP vs PPO

The plans detailed below are actually what is available through my wife’s employer. Thus, what I’ve outlined is how we specifically thought through our decision.

For each of the last two years I have done a similar analysis as what I’m sharing here and in both cases we elected to go with the PPO. However, my wife’s employer has continually adjusted the premium/deductible/out-of-pocket numbers to encourage people to go with the HDHP.

For 2015, they’ve tipped the scales far enough that I think it now makes a lot of sense for us to go with the HDHP.

Here is a quick overview of the two plans (Note: All of the figures below are for in-network coverage for an employee and spouse):

In order to determine what our total costs might be under each plan, I ran some scenarios based on varying levels of annual medical expenses.

For simplicity, I have ignored the tax benefits that I think would argue even further in favor of the HDHP. For example, beginning in 2015 we plan to max our HSA by contributing $5,525 in addition to the $1,125 from my wife’s employer.

This would fully offset the tax differences between the lower premiums of the HDHP vs the PPO (actually reduce our taxes even further). In addition, we’d save 7.65% in FICA taxes on the $5,525 we contribute to the HSA (which amounts to about $423).

I’ve also assumed that annual expenses in each scenario would be 100% incurred by one spouse. This was also done in an attempt to favor the PPO, since benefits would kick in after a single $700 deductible (rather than after the $1,400 combined deductible).

Scenario 1: No medical expenses during the year (other than preventative care which is covered at 100%)

Assuming that we don’t incur any medical expenses during the year, other than for preventative care, the HDHP clearly comes out ahead. In this case to the tune of nearly $3,700.

Given that my wife and I are both blessed to be in good health, this is actually a pretty likely scenario for us in the coming year. However, since we know that anything can happen in the future (and given the likelihood that we would start having kids in the next year or two), it would not be wise to make our decision solely based on this scenario.

Scenario 2: $5,000 in medical expenses during the year

Once again, the HDHP delivers net savings to compared to the PPO. You’ll see this is a recurring theme regardless of the assumed annual expenses.

1. Not once in the above examples does the PPO come out ahead. Now, it’s very possible that with the right combination of circumstances, the PPO could prove to be a better solution. However, such instances probably require a lot of factors to line up perfectly in favor of the PPO.

2. Why does this happen? Under a traditional PPO plan, you have guaranteed/fixed minimum expenses every year in the form of higher premiums. These are paid by you and your employer regardless of whether you use the benefits or not. With an HDHP, the premiums are typically lower and more of the expenses are variable.

On average, this reduces costs and does what insurance is generally best designed to do: Cover you in the event of catastrophic events, while you take care of day-to-day expenses. It also empowers the patient to seek lower costs since they have to foot a larger percentage of the bill when they need care.

3. When comparing these two plans specifically, the combination of the $2,555 in reduced annual premiums and the $1,125 employer HSA contribution (combined total of $3,680) are simply too much for the PPO plan to overcome. Even though the HSA plan has both a higher deductible and a higher coinsurance percentage, the huge gap in premiums and the lack of an employer HSA contribution under the PPO plan put it at a big disadvantage.

4. In addition to saving money on insurance premiums, we also get to sock away an extra $5,525 that is both FICA and federal and state tax-free. This is a huge benefit and the tax savings alone would save a typical family at least $1,000. That means the total annual benefit of this HSA plan vs its PPO counterpart could be up to $4,700. Again, specific tax and medical situations could impact the final number, but I doubt in most situations it would swing the pendulum far enough to actually favor the PPO.

If you have access to both an HDHP and PPO, be sure to run the numbers yourself or have a financial planner help you. Don’t be afraid of an HDHP simply because it has “high deductible” in the name. It could save you a lot of money! 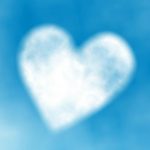 Some Love for the Unloved Emergency Fund

State of the Union Tax Reform: Are Your Taxes Going Up? 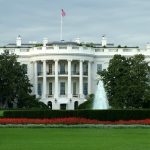 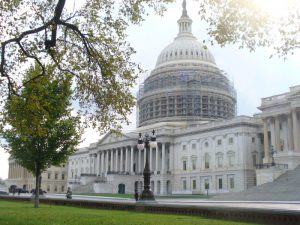